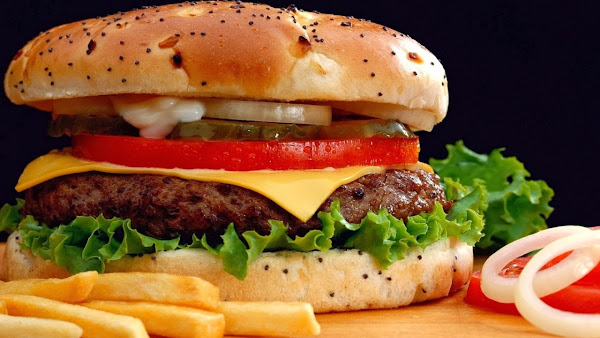 When you feel your stomach’s growling and your lazy bones kick in, the fastest and easiest way to satisfy your hunger is munching on a good ‘old hamburger with extra cheese and fresh tomatoes and lettuce. When you think of hamburgers, you can immediately relate these to Americans because that’s what you usually see on television. Many international fast food chains are selling burgers with their very own version. Take for example McDonalds. They have their regular beef burger while they offer a 1/3 pound beef burger. Other food chains like KFC who are solely selling chicken as their main ingredient have their very own take on the hamburger which is still made up of chicken.

As to the origins of the hamburger, there is a dispute against America and Germany as to who invented it first. Nevertheless, basing on the name alone, hamburger, it originated from the second largest city in Germany which was Hamburg. It was Otto Kause whom they regarded as the first one to fry a beef patty with butter and topped it with a fried egg. But for America, they considered Charlie Nagreen to have first introduced hamburger by putting a piece of meatball in between two sliced breads.

But who invented it is not really a big problem. Let’s just be thankful that someone so smart and brilliant was able to come up with such an old time favorite- the hamburger. The core ingredients are only the bread and meat patty while all the rest is up to your own rendition and take on the hamburger. Lettuce, cheese, and tomato are a classic match. You may add in pickles, bacon, onions, and of course, your condiments such as mayonnaise, ketchup and mustard. All it takes is a wide imagination and you will be surprised that you have already made your very own hamburger.
Posted by: Nathalie at 10:33 AM